GPS Died? How to Read a Map and the Surrounding Terrain

GPS is an abbreviation for ‘Global Positioning System’ and it is a technology that was designed to operate in such a manner that it provides info about time & location. Anyone who possesses a receiver for this system can access it and use it anywhere. The system was first used in 1973 but it had numerous limitations during this time period. In the present moment, almost all computerized devices, such as smart phones, are incorporated with GPS which makes it easy for people to find their way around unfamiliar territory. This has become the norm in most countries world wide that almost no one knows how to use maps anymore. It is however important to know how to use maps and interpret the surrounding terrain as this may come quite in handy in the event that the GPS which you are depending on suddenly dies.

Even though we may constantly wish that the GPS we had hadn’t died down, it’s best to face reality. The main thing to remember is that there are various types of maps and each one is specifically designed to cater for a particular purpose. For instance, when driving from one point to another a road map will suffice for this occasion. However, in the event that you stray off the road while you were trekking then it is mandatory for you to have the capability of reading & interpreting the land’s contours. This means that you must use a ‘Topographic Map’ since this is the type of map that is created for such situations. This is owing to the reason that the topographic maps enable you to view 3D (three dimensional) landscape on a 2D (two dimensional) plane. You will be able to see the elevated points, water bodies, valleys, contours, etc that are present on the specific piece of land in question.

Topographic maps come in handy when you want to go camping or hiking. This is a map that can make your entire journey quite a simple just by the fact that any potential occurrences of unpleasant surprises are reduced to the minimal. Even though most campers and hikers usually prefer to use GPS nowadays, technology can disappoint you in one way or another so this is a skill that is more of a necessity. This is owing to the reason that you will acquire the essential knowledge required in understanding the terrains that you are in hence know what steps to take in various circumstances. In addition to this, you will also be more familiar with the details of the area such as elevations for example. Another great benefit of the topographic maps is that they are normally readily available online and are offered by the USGS (United States Geological Survey).

On the map, trails normally appear as black lines that are drawn in a relatively thin manner. Roads on the other hand will appear like thicker lines and mainly are represented by black or red colour. When moving from certain two points in the terrain, it is significantly important to ensure that you keep a keen eye on the contour lines on the topographic map. When the contour lines are further apart, this means that any changes with regards to altitude will occur in a gradual manner. Conversely, the change in altitude will be much steeper when the lines are closer. The peak of the area that you are in will normally be represented as a circle which is usually located at the lines’ mid-point.  The best thing of being able to read these maps is the fact that you will have the option of choosing alternate routes in the event that the one you are in is too steep.

Another important factor that you must also take into consideration is the length of the distance that you want to cover. The scale will be able to tell you this since you will only be required to convert the scale into miles. Moreover, you will most likely be moving in turns while twisting occasionally for a major part of the entire journey so the assumption that you will move in a straight line is erroneous. The map will also guide you during the entire journey while showing you where to get basic amenities such as water and shelter in case you were hiking and darkness entered while you were still on the way. On a conclusive note, the maps usually have symbols that represent private property as well as dangerous areas like caves, minefields, etc that you must avoid.

Structure of the Earth

How to Explain Hurricanes to Kids 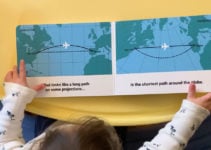 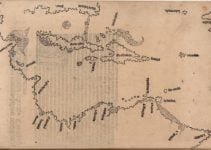 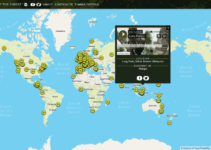