Regions are defined as indefinite areas distinguished by similar features. In the state of New Jersey, one of the most contentious arguments its citizens have is the existence of the region ‘central Jersey.’ While the divide between North Jersey and South Jersey is distinct, with the two regions supporting different sports teams, (usually the NY Giants in North Jersey and the Philadelphia Eagles in South Jersey) and having distinctive names for the same food (also known as the pork roll/taylor ham debate), historically the existence of the central Jersey region has been denied. Those who consider themselves from central New Jersey argue for its legitimacy, but it seems that central Jersey’s invalidity is the one thing people from both North and South Jersey agree upon (Nosowitz, 2019).

The extent of this argument is so widespread that on December 9, 2019, the Governor of the Garden State himself decided to weigh in on the topic. Governor Phil Murphy officially established the legitimacy of central Jersey in a tweet stating, “As Governor of the Great State of New Jersey, I hereby declare that CENTRAL JERSEY DOES EXIST” (Murphy, 2019a).

The next day, he expanded on his previous tweet by tweeting a map of the three regions in NJ and a list of the counties considered central Jersey: Hunterdon, Mercer, Middlesex, Monmouth, and Somerset, as well as including Ocean and Union county as ‘central debatable’ (Murphy, 2019b).

Legal implications aside, those who proudly hail from central Jersey can point to the Governor’s endorsement as a strong corroboration of the region’s validity.

As the Ozone Layer Recovers it is Changing Wind Patterns 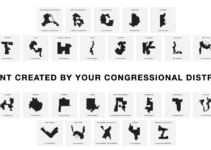 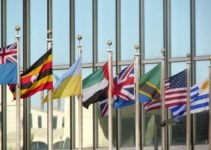 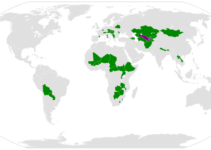