Industrial Fishing Has a Global Impact on Bird Populations

A study published in Current Biology – from the Sea Around Us project at the University of British Columbia and French National Center for Scientific Research in Montpellier – provides evidence that industrial fishing practices are starving seabirds around the world. Annual seabird food consumption has fallen from 70 to 57 million tons between 1970 and 2010 and fisheries have consistently increased the amount of prey they catch.

David Grémillet, a researcher at the French National Center for Scientific Research and the lead author of the study stated: “Fisheries persist in starving a vanishing seabird community, like a boa tightening its grip on prey…Despite the fact that the world’s seabird community is shrinking, the level of competition between seabirds and fisheries remained the same between the 1970-1980s and 1990-2000s.”

In this study, the researchers mapped where these birds obtained their prey and calculated what they consumed based on their diets. This was placed comparatively to Sea Around Us’ global maps of fisheries, and their capture of prey species shared by the seabirds. 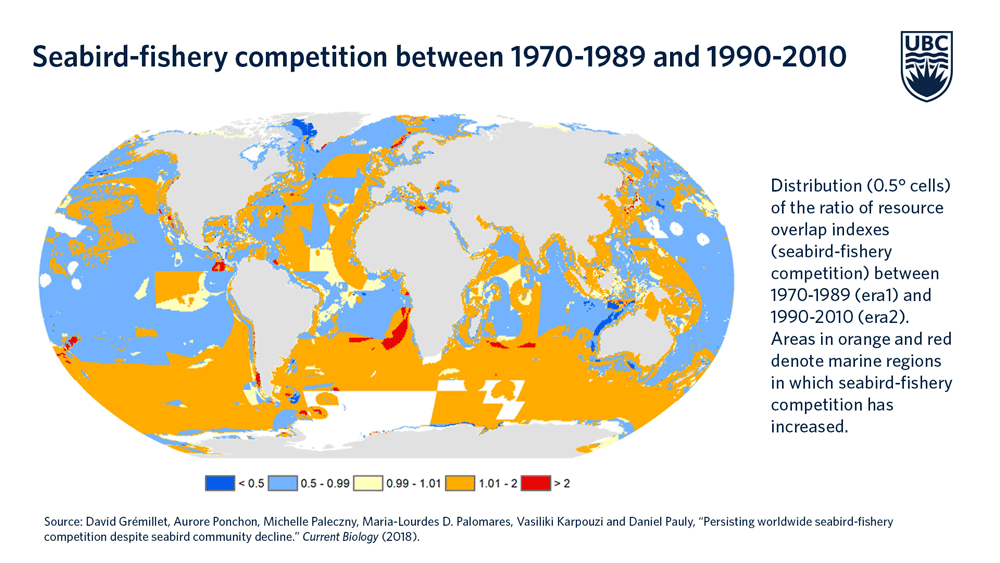 Den Palomares, co-author of this study, and a project manager at Sea Around Us, added: “In total, we analysed the behaviour of one billion individual seabirds across four decades, which is about 60 per cent of the world’s seabird population…Those that feed on squid, Antarctic krill and small ‘mid-water’ fish such as herrings and sardines are suffering the most.”

Seabirds are not only starving to death in the face of stark competition with massive industrial fishing ventures, but they are also dying from getting caught in fishing gears and plastic waste in the oceans. The depletion of their food supply puts seabirds as the most threatened bird group, with around 70 percent of the community-level population at a decline in the past 70 years.

Palomares added, “On top of this, they are threatened by oil pollution, the introduction of non-native predators to their colonies, the destruction and changes to their habitats by human activity and environmental and ecological changes caused by climate change. If we don’t do anything, seabird populations are going to collapse.”

View the Sea Around Us release here.

These Wolves in Minnesota are Very Very Territorial 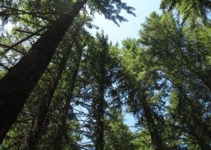