Mapping the 11 Lost Cities of the Bronze Age

The search for lost cities is an adventure that has captured the minds of historians, explorers, and economists alike. New research methods have led to the narrowing of the search for 11 different Bronze Age cities that have been lost to the tides of time, thanks to new quantitative data analyses by some dedicated economists.

A historian and three economists have created ways to analyze the quantitative data contained on clay tablets from the Assyrian Empire. Located in present day Iraq, Assyria was once a major world player and was a center for trade in the region spanning from modern day Europe to Asia.

Discovering the locations of ancient cities is incredibly difficult due to the lack of information that has survived over the years. There aren’t any road signs leading to these locations; rather, historians, archaeologists, and other researchers have to painstakingly sift through the data they have available in order to estimate where these cities may have been.

Using the data researchers have found on clay tablets about trade information in the Assyrian region may change how they go about finding some of these lost cities. In lieu of a roadmap, researchers can now estimate the locations of cities based on trade routes described in these texts. Bronze Age merchants kept records of what they were carrying, how much they spent, and the goods they received in the towns they traded with on clay tablets. Thousands of these artifacts have been unearthed and analysed by experts, who have postulated the locations of Assyrian cities.

There were 26 cities described in the tablets, some of which were over 4,000 years old. Of these 26 cities, the remains of 15 are known, while 11 remain unknown. By piecing together what they know of the locations of these cities, researchers created methods of determining where the missing 11 cities have the greatest chance of being.

The more a city was mentioned in the clay tablets, the closer it likely was to the home base of the trader who was recording information on the tablet. The roads were rough and the journeys were fraught with hazards, so trade would have been conducted with cities closest to the trader. Longer journeys would have been mentioned in the records less often, as they underwent these journeys infrequently.

Although it seems tedious to sift through thousands of business letters, shipping documents, accounting records, and contracts, this information can highly benefit the traditional way of locating lost cities (that is, through descriptions of landmarks, geographical features, or ancient forms of measuring distances).

After analyzing the data on the clay tablets, the researchers checked their estimates based on data collected by historians. Some confirmed popular ideas on the locations of some of the lost cities, while others supported one location theory over another.

They are still working on the accuracy of the algorithm, which seems to work better for cities located at the center of the ancient Assyrian Empire. These cities would have been the most mentioned in the clay tablets due to their location, while outlying cities don’t have as much data to show exactly where they were in relation to the rest of the trade network.

This approach is certainly a breakthrough in terms of being able to supplement existing qualitative data on the locations of cities in the ancient world. Rather than just relying on geographical descriptions, we can now start to analyze a variety of data to determine what the world used to look like.

Scientists are Improving How They Track Hurricanes with New Satellites 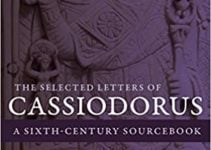 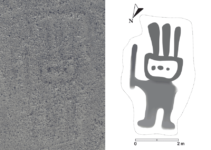 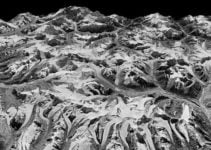