Approaching the turn of the previous century, Los Angeles was a provincial backwater, on the edge of desert and with a population of ten thousand or so.  The joke went that there were more dogs there than people.  A little more than a generation later, it was on its way to becoming one of the world’s great cities.  Key to this transformation was its hosting of the 1932 Olympic games, the first time the Games were hosted by other than a great European metropolis (or, as at St Louis in 1904, as a side-show to a World’s Fair) and thousands of miles distant from most of the competitor nations.  The acceptance of its bid by the International Olympic Committee (in 1923!) marked the city’s coming of age.

Of perhaps particular resonance to us today is that the decision to make this ‘improbable bid’ was taken in 1919, in the midst of the Influenza Pandemic which killed millions worldwide.  Then, as now, the consequent lockdown brought on economic stagnation.  The Olympic bid was seen as the best possible publicity boost for the city as the land of sunshine and promise.   Not surprisingly, the small group of men who formed themselves into the Community Development Association to pursue the Olympics were all realtors or newspaper publishers (or both).  The key figures were William May Garland, or Billy as he was universally called, and Harry Chandler.  Both were typical Los Angeleños of the time, as both had come out to sunny California from back East for their health.   Both were visionary and tireless boosters and both married wealth (in Chandler’s case, this led to his succeeding his father-in-law as owner and publisher of the Los Angeles Times).

The story is largely told through Garland.  He was the front-man on selling the bid.  No one, it seems, could resist Billy’s salesman’s charm, including Baron Pierre de Coubertin, the father of the modern Olympics, who arranged for Billy to be elected to the International Olympic Committee in 1922.  Billy was a joiner.  Arriving in Los Angeles in 1890 with twenty-three dollars to his name and a persistent hacking cough, he established his own real estate company three years later and began his land development career with the Wilshire Tract.   By 1898, he was a millionaire and married to a wealthy heiress from New York.  He was a founder and first president of the Los Angeles Realty Board (organized to vet realtors and, thus, put the face of legitimacy on the booming land development business); he was elected president of the exclusive California Club and, later, president of the Los Angeles Athletic Club; a Lieutenant Colonel in the California National Guard; president of the National Association of Real Estate Boards (elected in 1918 in St Louis).  In every capacity, he was an unstoppable booster of Los Angeles.  In 1910, he organized the Los Angeles International Air Meet, the first in the United States and just four years after Kitty Hawk; in 1911 he pioneered cross-country car travel, some 4,300 miles from Los Angeles to Maine, at a time when no highways yet existed and the roads were rudimentary at best; his parties could seem something out of The Great Gatsby – in 1915, he hosted five thousand visiting realtors (the National Association’s annual convention was in town) to an evening of dining and dancing to four different sixty-piece bands.  Those were the times.  All to boost Los Angeles as the place to live and to invest.  Then came the Spanish Flu.

This is a highly-detailed book (though not footnoted, there are some forty pages of detailed sources and bibliography), with the story sometimes dragging as accounts of negotiations (or trials) go on page after page.  But the author, an experienced journalist (a Pulitzer Prize winner for Feature Writing and a former national correspondent for the Los Angeles Times), captures well the ‘irresistible life force’ of Billy Garland’s salesmanship.  He also captures well the darker undertones of the times.  These boosters of Los Angeles were determined anti-union bosses and full sharers in the bigotry then systemic.  No Jews were welcome at the ‘exclusive’ California Club; restrictive covenants were standard.  Perhaps most revelatory of the prevailing attitude of those in power was an editorial in the Times in June of 1923.  By then the population of Los Angeles had passed a million.  The editorial boasted that ‘the conditions which exist here…make for the finest character-building in the land…because our citizens are mainly the descendants of American pioneers.   As a city, we have no vast foreign districts in which strange tongues are ever heard.’

The 1932 Olympics, the hopeful response to one global calamity in the Influenza Pandemic, nearly fell victim to a second, when the Great Depression settled in.  Jobless protestors demanded, ‘Groceries, not Games.’  Fascism spread in Europe.  It took all of Billy’s salesmanship, backed by Harry Chandler, to persuade the Los Angeles organizers not to abandon the Games altogether and all his promotional and managerial skills to keep the participating countries reassured and committed.  For the latter, the persuasive cost-reductions Billy arranged included the first-ever Olympic Village (for three thousand athletes).  His boosterish promises proved true.  More even than a triumphant display of athleticism – sixteen world records, with both women (Babe Didrikson) and Afro-American athletes (Ralph Metcalfe) dominating media coverage for the first time – the Games were a huge financial success, drawing nearly two million spectators.  More than double any previous attendance, it generated the first-ever financial surplus from an Olympic Games.  Sometimes, self-interest benefits us all, and a real estate salesman can be a visionary.

Disclaimers: A review copy of this book was received from the publisher. This site contains affiliate links to products. When you buy something through our retail links, we earn an affiliate commission.  This does not impact our reviews and comparisons.

Why Do Crows Flock in Large Numbers? 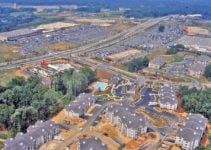 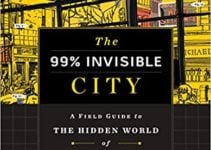 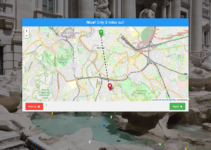