How to Track Santa Claus this Christmas

For over five decades, a large number of kids and grown-ups have relied on upon the North American Aerospace Defense Command (NORAD), to track the whereabouts of Santa Claus as he makes his Christmas Eve journey.

In 1955, a Sears Department store printed a number on a special notice put in a Colorado Springs daily paper that kids could call to get upgrades about Santa’s area on Christmas Eve. Excited youngsters dialed the number ME 2-6681. The number was misprinted on the flyer and callers wound up dialing the Colorado Springs’ Continental Air Defense Command (CONAD) Center. Luckily, Colonel Harry Shoup, who was on duty that night, instructed his staff to give any callers with an update about Santa’s “current travels”. In 1958, NORAD supplanted CONAD and the convention proceeded.

How is Santa Tracked?

Those intrigued have dependably possessed the capacity to track Santa Claus on Christmas Eve utilizing a mixed bag of routines. From the 1950s to 1996, Santa was followed by calling into the NORAD Santa Tracking hotline, daily newspaper updates, radio reports, and TV reports. Some climate reports even included Santa sightings. Starting in the late 1990s, the ability to track Santa via the Internet was launched.

Today, users can track Santa with following a range of Internet options. For instance, the NORAD Tracks Santa Facebook page has  in excess of 1.5 followers and its twitter account has in excess of 150,000 followers

When to Start Tracking Santa?

The NORAD Santa Tracking website is active from December 1 of every year until about mid-January although a static page invites visitors at any other time of the year to come back when the site is active. Until Santa’s trip starts on Christmas Eve, a countdown clock tells guests when the Santa following will start.  To keep visitors occupied during the wait, guests play around in different areas of the site, such as as exploring Santa’s North Pole town, watching features, listening to Christmas music, and reading about Yuletide customs.

How to Track Santa

Starting December 24, visitors will see a 3D globe of the earth which is set up to show Santa’s global travels. The official NORAD tracker is now powered by Microsoft’s Bing Maps. Google also recently launched its own Santa tracking using Google Maps and includes a view of Santa’s dashboard and the technology he uses to navigate the globe.

According to NORAD, Santa visits the South Pacific first, then New Zealand and Australia. He then travels to Japan and the rest of Asia, across to Africa before moving on to Europe, Canada, the United States, Mexico and Central and South America.

Where Does an Oasis Get Its Water? 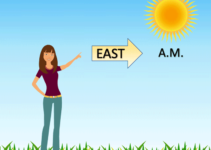 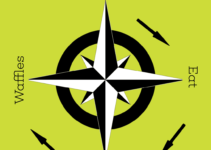