Rising average temperatures in the Arctic are causing permafrost, a layer of frozen soil and rock found in higher latitudes and at higher elevations, to thaw.  Using Banks Island, Canada as a study area, researchers analyzed trends in permafrost thaw and associated landslides.

Imagery from the Google Earth Engine Timelapse dataset was analyzed between 1984 and 2015 to identify retrogressive thaw slumps.  Researchers found a 60-fold increase in the number of RTS between 1984 and 2015.  In 1984, researchers quantified 63 RTS.  The number of RTS peaked in 2013 with 4,077.  These numbers particularly increased after four particular warm summers, strengthening the contention that climate changing is accelerating permafrost thawing and the subsequent landslides.

The study has important implications for permafrost around the world.  A global study of permafrost locations found that ground temperatures rose an average of 0.29 ± 0.12 °C between 2007 and 2016.

Thawing permafrost is triggering thousands of landslides across the Arctic, The Conversation

Test Your Beer Trivia With This Mystery Map Quiz 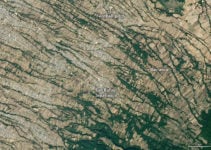 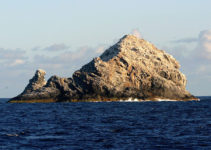 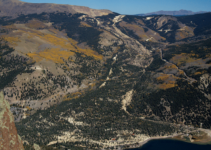