Far above the earth, thin lines etched into the landscape are visible on satellite imagery taken around Morocco.  In the Landsat image taken of the Tafilalt oasis of southeastern Morocco above, line run across from the Anti-Atlas mountains toward the town of El Jorf.  These lines are qanats, ancient channels designed to carry water without the use of pumps.

Qanat is Arabic for “channel” (known as khettaras in Moroccan) are underground water channels developed during ancient times to carry water using gravity via a gentle downward slope.  Qanats are slightly inclined tunnels dug into sloped terrain, designed to meet the water table and ferry water downhill using gravity.  While the channels are found underground, the presence of qanats is visible on satellite imagery due to the presence of earth mounds made from excavated materials from digging the waterways. These earthen mounds are often used as access points to the water channels.  This diagram from USRA shows how qanats are designed to transport water from the water table to access points along the channel.

A closeup of a line as evidenced by this screenshot from Google Maps shows the individual earthen mounds found along each qanat’s pathway.

What is Map Reading? 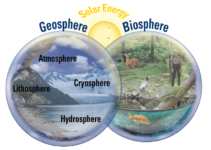 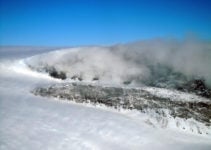 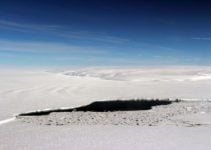