Satellites help us get a bird’s eye view on Earth. From tracking sea ice melt to finding lost cities buried under jungles, satellites and their wide array of imaging technologies have truly changed the world we live in. From space we can point a camera, take pictures, and gather data far easier than ever before. There are countless uses for satellite data here on Earth, and another group of people taking advantage of this potential are farmers.

Farmers have a lot to worry about. They have to know when and what to plant, what the weather is going to do, what soil conditions are, and worry about harvesting when the crops are ready. Climate change has exacerbated many of the problems that farmers face, including severe weather, water scarcity, warming temperatures, and shorter growing seasons.

In the Midwestern region of the United States, farmers are contending with flooding on both sides of the growing season, making it difficult to seed their fields and eventually harvest. To cope with ever-changing agricultural needs and conditions, the USDA’s National Agricultural Statistics Service (or NASS) uses data from Landsat to monitor crops in the contiguous United States. This helps the USDA track and estimate crop production, in tandem with survey data from farmers themselves.

Since 2009, the National Agricultural Statistics Service has used satellite data to monitor crops, which is especially helpful during the increasing number of abnormal growing years. The NASS is able to monitor daily vegetation health and the growth stages of crops that include soybeans, corn, wheat, and cotton.

The USDA can use this information to detect where crops have been planted and how much space they take up. This is then used to predict harvest outputs, with data regarding weather and other factors taken into consideration. Farmers are able to recover some of their losses in years of low yields when crops are lost to natural disasters and other situations.

The Future of Farming

This satellite data is also used to predict changes in global food supply. Satellites are able to track the agricultural output of the most fertile regions of the United States. Lower than average yields for crops could have a big impact on other food-scarce regions as climate change continues to disrupt agricultural activities around the globe.

What is a Closed Lake? 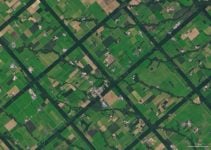 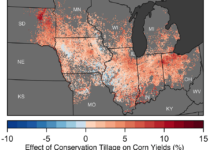 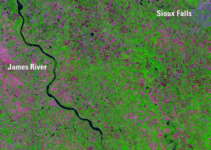