There are easy ways to find out where people are living, and how many people are living there. Usually you type your question into Google and the latest census data for the city or state you are looking for pops up almost immediately. While census data is a really important marker for who is living where, the fact is that the census is only taken once every ten years in the United States. Basically, a lot can happen in the decade between counts.

When it comes to tracking short-term changes in demographics and populations, researchers often rely on metrics like voting data, school enrollment, or air travel traffic to determine who is going where. Unfortunately getting ahold of this kind of data can also be time consuming and often not a true indication of demographics or real population numbers.

Scientists and researchers have recently begun tracking the populations of cities in the United States with a kind of measurement that, to many, seems off-putting; namely, the amount of wastewater produced by a given area. The production of sewage is actually a reliable way to measure how many people live in a specific area and, because it fluctuates related to the population, can be used to determine short term changes in population numbers across the country.

Tracking sewage can help city planners and researchers track where populations are growing and shrinking. This metric has been used to measure the changes in towns that depend on oil for jobs such as Williston, North Dakota, and Midlands, Texas, where the demand for jobs has decreased to the point where residents have moved away. Cooperation between city planners and researchers looking to track population shifts has led to a very specific formula introduced when it comes to sewage: divide the daily flow by 75 (or the number of gallons each resident produces daily, on average). Of course, this calculation can be influenced by outside factors like weather or construction work.

Tracking population data in the short term between census cycles is important for city planners as well as those looking to create a bigger picture of where people in the United States are going. Not only can this map be overlaid with things like economic factors or demographics, but can help cities prepare for times where they may experience more or less people living in their area. While working with sewage isn’t for the faint of heart, this metric is one of the easiest to measure and use compared to other alternatives. 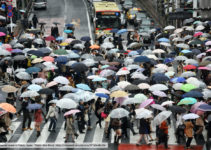 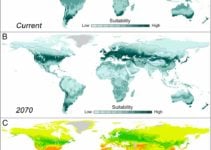 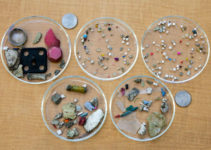