What is Negative Rainfall?

Negative rain(fall) occurs when a particular area experiences more atmospheric evaporation than water downpour over a period of time. The phenomenon usually occurs when temperatures are unusually high, and precipitation is unusually low for the season. Negative rain is a more extreme condition than the simple lack of rain since it produces extraordinary dry environmental conditions. Mike Hobbins, a research hydrologist at the National Oceanic and Atmospheric Association, described it like this:

“The air gets ‘thirsty’ because it can’t pull enough moisture from the ground. That thirst causes a vicious cycle of dehydration. Any rain that does fall next just evaporates again – instead of soaking in, and wetting those fuels down, and lowering the fire risk.”

Plainly said – instead of falling to the ground like in the case of rain, the water travels from the ground upwards because the extremely dry air that sucks it out. If you’ve ever heard someone commenting on how rain evaporates before reaching the ground – that is probably due to the “negative rainfall”.

With an explanation given, it is not hard to conclude why negative rain has been one of the major factors in the extremely destructive – and off-season – wildfires that had hit California this autumn and, killing dozens and leading to the evacuation of thousands of residents. The already low humidity rates caused by prolonged drought were made even worse by high winds from the east. The combination proved deadly, and the dry vegetation ignited almost instantly – all at the time when wildfire-prone areas should have experienced some relief.

How to Measure Negative Rain

Note that “Negative rain” isn’t a technical meteorological term, but a recently coined picturesque phrase used to describe a negative trend in humidity and precipitation in connection with extreme drought. However, it is not just a layman term, as there is a concrete scientific way to measure negative rain – it is the Evaporative Demand Index. The Evaporative Demand Drought Index (EDDI) is a drought monitoring and early warning guidance tool which examines how anomalous the atmospheric evaporative demand (“the thirst of the atmosphere”, E0) is for a certain location and across a given time period. As NOAA states, the tool is still “experimental”.

Unfortunately, the scientists say that we can expect extreme droughts and negative rainfall to become more common as climate change become more pronounced – especially in the naturally fire-prone areas like California or Australia. Jon E. Keeley, a research scientist at the U.S. Geological Survey and an adjunct professor at the University of California, Los Angeles, explains the nature of the “new”, devastating annual fires in more detail:

“The combination of extreme drought, vegetation dieback, high winds, and accidental human ignitions are the reasons these fires are so severe.”

All of these factors, except for the human one, are the trademarks of climate change in dry regions.

Note that the term negative rainfall and negative rain used in the context of droughts should not be confused with the meteorological term “negative rain”, which describes the type of precipitation which has a negative electric charge.

Who Coined the Term ‘Remote Sensing’? 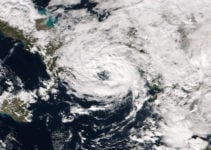 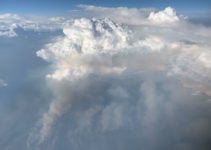 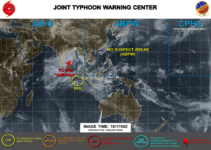