How Many Oceans are There in the World?

While there is one global interconnected ocean, this massive body of water surrounding all land masses on Earth can be further subdivided based on historical, geographic, and cultural factors.

The number of oceans in the world depends on the perspective. The designation of the world’s oceans has evolved over time.

There is one global ocean. This world ocean covers 71% of the Earth’s surface.

Depending on the designation, there are 3, 4, or 5 oceans in the world

One Earth, there are three major oceans: the Pacific, Atlantic, and Indian oceans.

Historically there are four ocean basins that include the three major oceans and the Arctic Ocean.

The Southern Ocean is a fairly recently named addition (2000) that is not universally recognized by all countries and organizations and has yet to be ratified by the international community (see next section).

For example, the U.S. Board on Geographic Names recognizes the Southern Ocean while National Geographic does not.

The animated GIF below shows the names of the world’s oceans based on one global ocean, the three major oceans, the four historic oceans, and the five world oceans.

This is the world’s largest ocean. It spans from the Arctic Ocean in the north to the Southern Ocean in the south.

The Pacific Ocean covers  28% of the global surface which is roughly equivalent to all of the landmasses combined.

The deepest point on Earth, the Mariana Trench, is located in the Pacific Ocean.

This is the second largest ocean in the World. This body of water is located between Africa, Europe, the Arctic Ocean, the Americas, and the Southern Ocean.

The Indian Ocean is the third largest ocean. This body of water stretches between Africa, the Southern Ocean, Asia, and Australia.

This ocean is also the coldest of the world’s oceans.

Found mostly north of the Arctic Circle, this ocean lies between Europe, Asia, and North America.

The Southern Ocean is a proposed ocean surrounding Antarctica with a northern limit of 60°S. The northern boundary abuts the Atlantic, Indian and Pacific Oceans, making it the only ocean not to have a land mass as the border.

What makes some organizations designate the Southern Ocean as an ocean is the fact that its waters differ from other oceans due to fairly rapid circulation.

How are the Ocean Borders and Names Determined?

The outcomes of each convention are published in the Limits of Oceans and Seas.

Watch: How many oceans are there?

What is the Difference Between a Sea and an Ocean? 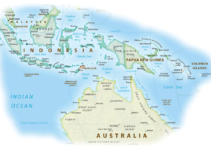 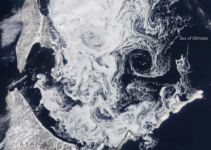 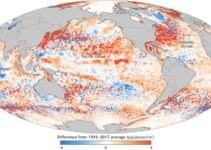